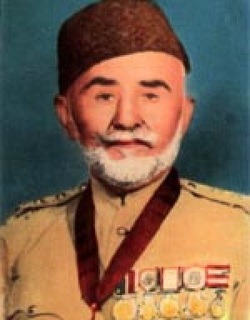 He was a Hazara migrant who moved to Pakistan. Haji Nasir, Sobedar famous as "Ghazi-e Kashmir" and one of the most popular Plitical figures. He was very active in the struggle for the independece of Pakistan, and was an active member of the Muslim League Party. After the Independece, he led the Hazara trible volunteers of Kashmir. He and his Hazara young men fought galantly and he was given the honorary of "Ghazi-e Kashmir." he was a sports enthusiast and was responsible for creating an interest in sports, especially soccer among the Hazara youths. He died in early 1950.